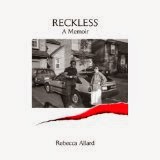 I've been tagged by Rebecca Allard, Reckless: A Memoir, to participate in a blog tour about writing processes. Reckless is the absorbing story of Rebecca’s addiction to danger. She is currently working on her second memoir. (http://rebeccaallard.net/)

Ask an author about his or her current project and answers will vary from “I can only work on one at a time” to “I have several works under way.” I currently have two projects: I’m editing the first draft of the as-yet untitled sixth Kelly O’Connell Mystery (how does A Jigsaw Puzzle of Revenge strike you?). Some Kelly novels seem to write themselves, with ideas flowing; this one was like pulling teeth—two steps forward and one back. But when I finished the draft and reread it, I thought it all hung together pretty well. As usual I gave it to my mentor to read, and he pronounced it a lot better than the train wreck I’d led him to expect. So, now I’m editing with renewed enthusiasm, especially since he pointed out some big holes in it.

But I’m also beginning to do advance marketing on a stand-alone (for now) mystery I will publish mid-October: The Perfect Coed. I’m sending out ARCs (advanced review copies), targeting blogs and figuring out a very limited marketing budget. This will be a simultaneous trade paperback/e-book publication. Self-publishing is new territory for me, and I’m taking baby steps. But I’m enthusiastic about this book. It’s a tad darker than my others.

How my work differs from others is a tricky thing to figure out. I’m not sure it does. The conventions 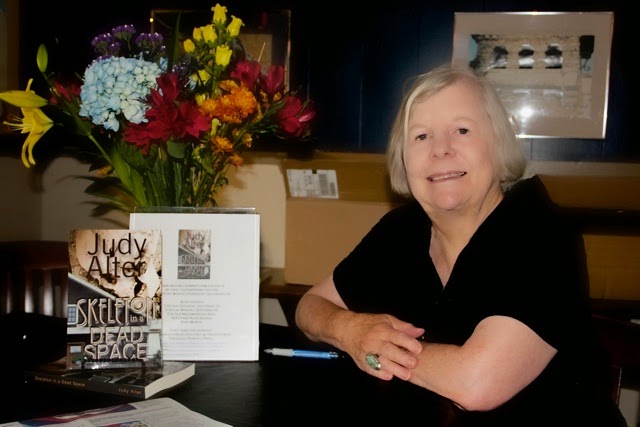 of the cozy mystery are pretty well set and in my first ventures into mystery—the Kelly O’Connell and Blue Plate series—I stuck pretty close to them. Granted, Kelly is not a craft person, she’s a realtor and renovator of Craftsman houses. And the Blue Plate books are as close as I’ll come to culinary mystery—Kate is the owner of a down-home café in a small East Texas town. The Perfect Coed differs in that it fits into the sub-genre of the academic mystery—but there’s a lot more mayhem (and a murder) than academics, so I wouldn’t want people to think it’s ivory-tower stuffy.

I write what I do because I’m basically a storyteller, and I want to interest people—maybe I have a message, but I don’t think I’m out to push a theme, solve social problems, etc. I do bring some themes up in my novels—single parenting, neighborhood revitalization, protecting historic neighborhoods, academic infighting, etc.—but that’s not my main thrust. I want to create believable worlds in habited by people that readers will like and want to revisit.

My writing process is haphazard—life gets in the way. I’m fairly involved in one grandson’s life, I’ll drop everything for a chance to be with others of my family, and I have a network of friends to keep up with. So I write when I can, often in the evenings. I wish I were the kind who sits down every morning to write for three hours but it doesn’t work. For one thing, I can’t write for three hours straight; for another, there’s often a niggling errand on my mind. But it seems to work because others say I’m so productive. I’m waiting for inspiration to strike on a new and next project after the two I’m in the middle of.

Next week watch for writing process blogs from these exciting authors:

Joan Leotta has been writing and performing since childhood. Her “motto” is "encouraging words through pen and performance.” Her award-winning poetry, short stories, books and articles have been published in many journals, magazines, and newspapers. She performs folklore shows and one-woman shows on historic figures at venues up and down the east coast. She lives in Calabash, NC with husband Joe. You can learn more about her at www.joanleotta.wordpress.com


Ally Thomas loves writing fantasy and paranormal books for that showcase vampires, werewolves, zombies, witches, and any furry monsters who go bump in the night. She enjoys imagining new origins for these traditional creatures and seeing where it'll take her. Ally's paranormal series, The Vampire from Hell, has been on the Top 100 Amazon bestsellers list in Fantasy since its release in 2011.Her links can be found at http://thevampirefromhell.weebly.com/