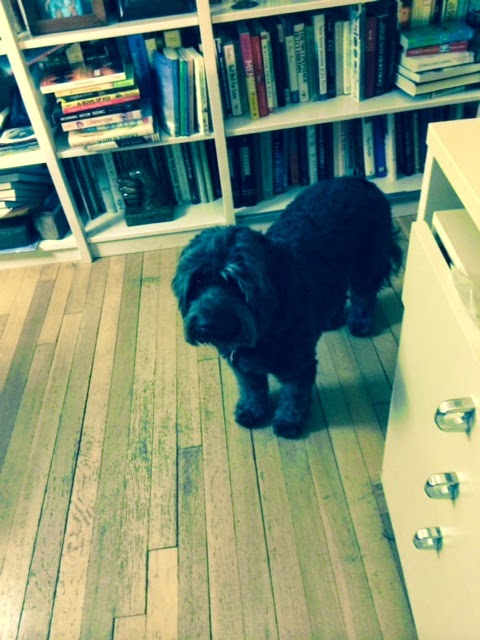 My dog and my local grandson had a lovely day today. Greg came to mow--Sophie adores him, and when he stood in the back yard she ran large circles around him at high speed--the border collie in her comes out because she can really run fast. It was as though she was saying, "Color me happy." Then later in the day she got a bath and a much-needed hair-cut. I swear she lost twenty pounds, but she looks so pretty. And between the two, she's tuckered tonight. 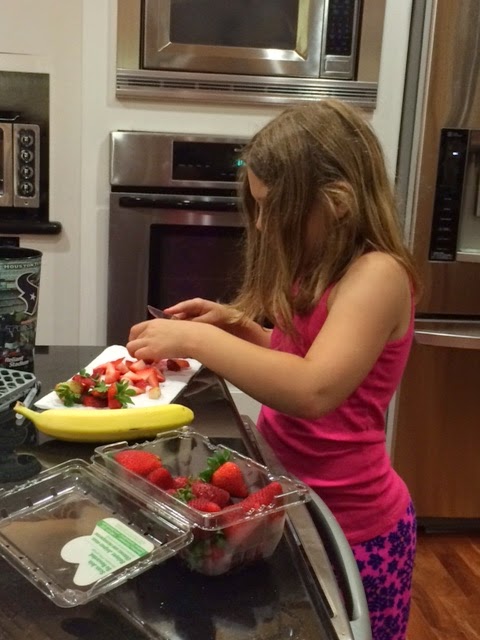 Jacob came home from baseball camp the happiest camper I've ever seen, simply bubbling with excitement because he'd gotten a poster that most or all of the TCU baseball team signed. Since TCU's team is about to advance to the World Series of college baseball, this is an exciting time to be at camp there. I so hope we can keep him focused on baseball and forget his aspirations to play football. He's always been a Baylor fan but he tells me, quietly, that  he's liking TCU a lot more now than he did before. His mom made the mistake of going to watch him play for a bit carrying a Baylor cup--says she almost got evicted from the game. I told her she wasn't thinking when she did that. LOL.
And my Houston kids are absolutely loving their house in the country. Here's Morgan cooking breakfast for her mom in their new kitchen. She tells me I can bunk with her when I come to visit. She has a bunk bed--double on the bottom, single on top.
Austin kids mom reports that the boys are in a music camp--guitar and drums, I think--and loving it. They elected not to go away to camp this year, and their folks went along with their decision, which  I think is really smart. I imagine their house resounds with music during practice sessions. Good thing I can take my hearing aids out.
No report from Frisco girls except that one of Maddie's classmates caught an elbow in a game over the weekend and went down. Got up, walked to the bench, and then was non-responsive. Taken away in an ambulance. Okay the next day except she didn't remember the previous day and was scheduled for more neuro tests. And I thought basketball wasn't a contact sport.
So good to know that all my grandkids are happily settled into summer activities. So scary to think of how many school shootings there have been--averaging one a week since Sandy Hook. Makes you consider home schooling--and pray a lot.
Posted by judyalter at 8:06 PM