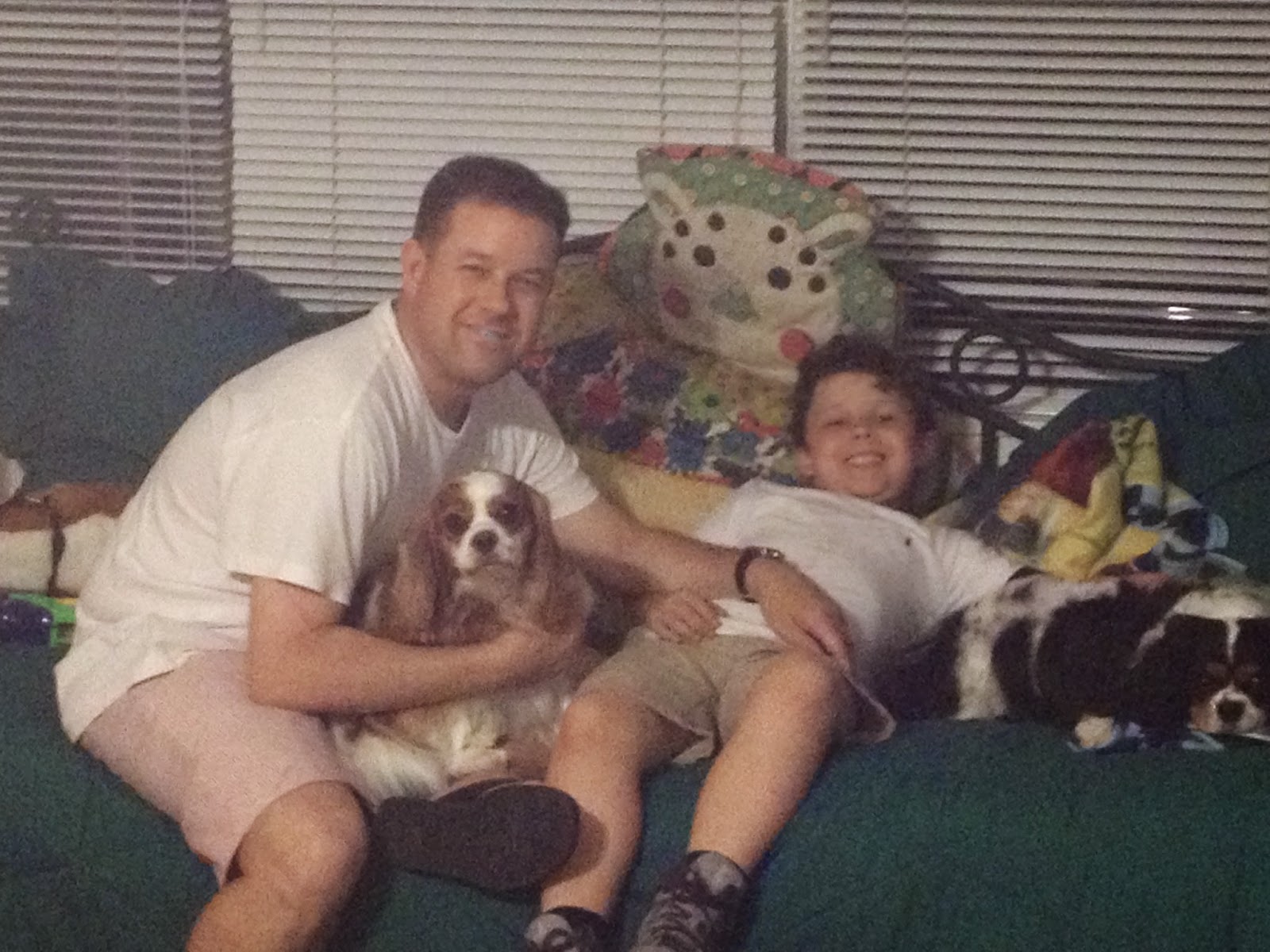 One thing I have to say about the Alters is we know how to celebrate. Tonight it was a birthday party for the dogs--Jacob's two Cavalier King Charles Spaniels and Sophie (whose third b'day was in May). This picture is Jacob, his dad, and their two dogs. Jordan did the majority of the work of putting this party together, and about fifteen people gathered--old folks on the deck, young 'uns on the lawn. I did two appetizers, but Jordan did the bulk of the work, all of the organizing. We had bean dip, corn dip, Reuben dip, veggies and hummus, classic onion soup dip, and brownies. What was billed as a five o'clock happy hour lasted until ten--not unusual around my house.
The dogs were funny. Sophie is always enthusiastic, ready to play with any creature that happens into her territory--plus all those adults who adore her. She was in heaven. June Bug and Cricket were not so sure--they are quiet, a little uncertain about this slightly bigger dog who rushes at them, and a bit timid in the crowd. June Bug found a nest on a towel next to the ice bucket, and Cricket eventually parked herself next to her leash in the living room, as though a signal she was ready to go. Sophie meanwhile went from person to person, and was extremely jealous when Jordan or Christian picked up one of their girls. The world, according to Sophie, should revolve around her.
I thought tonight, as I often do, how fortunate I am to be surrounded by people of all ages who seem to love me and like my company. But I also decided I maybe can't do big parties ever again without Jordan--and this wasn't that big. Whatever, it was fun, and both Sophie and I are tuckered. She hasn't even eaten her dinner and shows no interest. 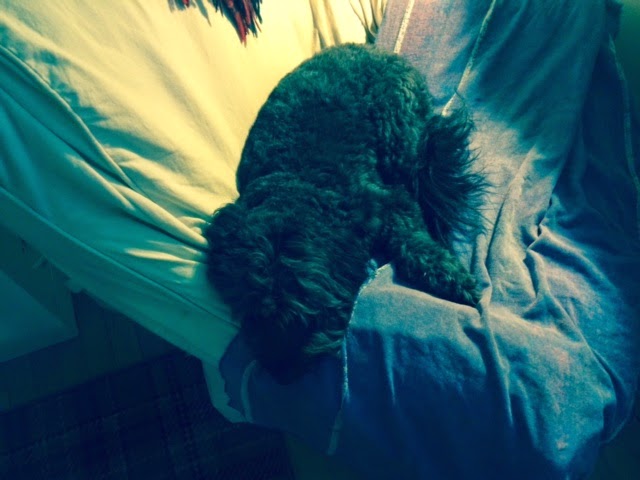 Posted by judyalter at 9:04 PM