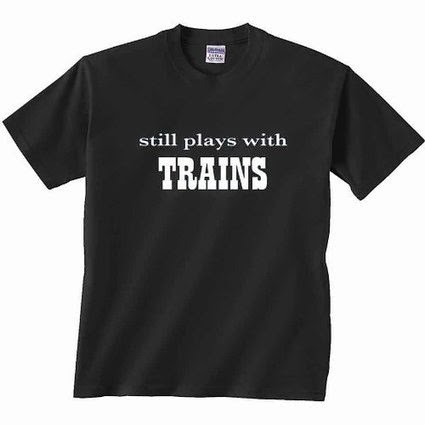 The tee shirt that my breakfast companion wore said, “Still Plays with Trains.” It reminded me of my father, gone now a year and a half, who was a lifelong lover of trains. Shortly before his death he turned in to his editor his last book, this one about the Rochester Division of the Erie Railroad. It was from him that I learned to enjoy rail transport.
Growing up, I shared my basement bedroom with Dad’s HO-gauge model railroad setup. Dad shot hours of 16mm film of trains, especially those pulled by steam locomotives. Turns out his early diesel movies were sufficiently popular they were made into videos. I may be the only Boy Scout to have earned most of his hiking merit badge by walking abandoned track in and around Rochester. Dad knew the mileages from any point to another and would drop me off at various points along the lines and I’d walk home.


My first memory of traveling by rail was from the mid-1950s. Actually, my memory is of being told the story as I don’t directly recall it. My parents, my (then) baby sister and I were traveling on a train and ate in the dining car. Back then people dressed up to take the train, and the dining car service was starched white tablecloth, cloth napkins and good silver. For whatever reason my father was at a different table than the rest of us. We finished dinner first and my mother informed me how to use the fingerbowls. (http://en.wikipedia.org/wiki/Finger_bowl) In a LOUD VOICE I called across the aisle, “Daddy, they’re for washing your fingers. You’re not supposed to drink the water.”
In 1967 on a return trip with my father from Boston to Rochester on the Sunday after Thanksgiving, we had to sit on our suitcases in the aisle from Albany to Syracuse where seats finally became available.


When it came to railroads, my father could make friends with anyone. He managed to become acquainted with a Canadian National freight crew because they were still running one of the early diesels on a “milk train” route. He arranged for them to take me along for a day. He dropped me off in Madoc, ON (if I recall correctly) and picked me up in Bancroft, ON that night. I rode in the caboose (they still had them) where I helped check manifests and ate lunch with the crew. They didn’t let me anywhere near the couplings, but I did throw some switches and I rode much of the trip away from towns up in the engine. Everything the crew and I did that day broke the rules, but the crew and my father thought it would be a great experience and to heck with management’s rules. 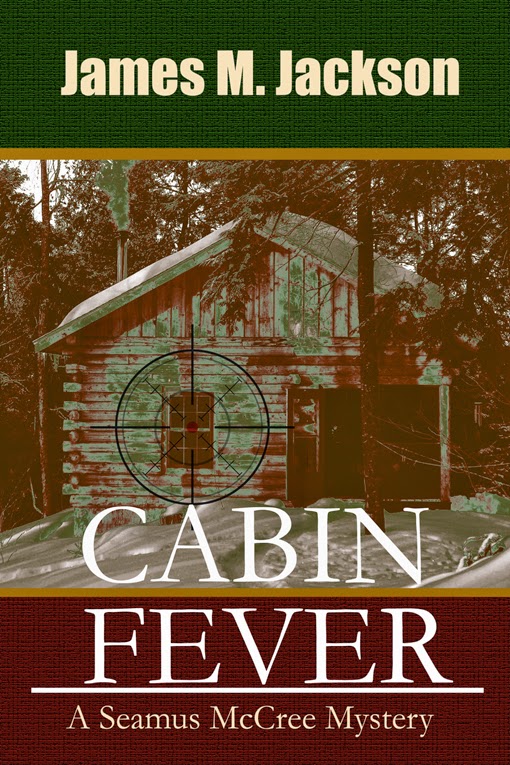 Whenever I can conjure a reasonable excuse I take train rather than fly. The most recent opportunity came when I decided to participate in Left Coast Crime in Monterey, CA as part of the promotion for the April 2014 release of the second Seamus McCree mystery,
Cabin Fever.

We took sleepers from Savannah to Washington, DC to Chicago to Emeryville, CA (outside San Francisco). After attending the conference we trained from LA to New Orleans and detrained at Birmingham where we rented a car and drove home rather than spend two more days going up to Washington, DC and back down to Savannah.


On this trip the most interesting railroad-related conversation was with a guy from the Cincinnati area. He’s the engineer (civil, not train) responsible for a G-gauge (~1/24th actual size), 25,000 sq. foot train set with over two miles of tracks. It has three sections relating respectively to the late 19th century, mid-20th century and modern railroads. There are streetcars as well, realistic buildings constructed by volunteers and an elevation change of eleven feet. I’d never heard of this place and I lived in Cincinnati until four years ago. http://www.entertrainmentjunction.com/cincinnati_entertainment_and_attractions/model_trains_journey It’s on my list of things to do the next time I’m in the area. 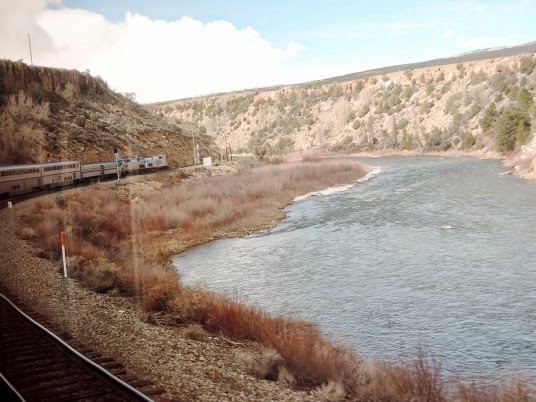 The finger bowls are gone, as are the silver and fresh flowers on the tables. The scenery is just as spectacular, the people we eat meals with are just as interesting; and there is something that reaches deep into my core as I hear the whistle blow, we approach a crossing and a father holds his child on his shoulders to watch the train pass. The kid waves and I wave back. 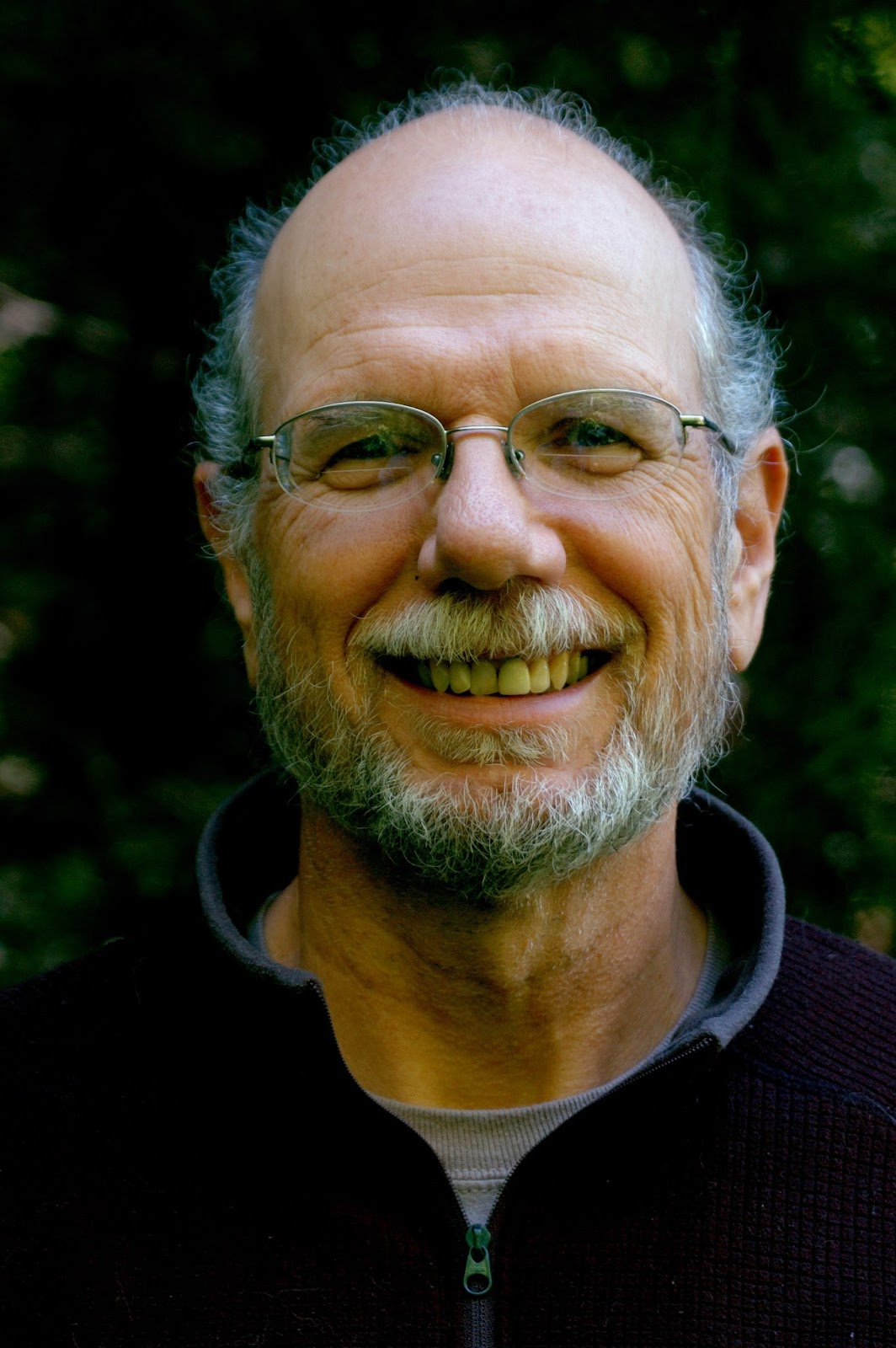 I’m thinking of asking for that tee shirt for my birthday, because really, I am just a kid who still plays with trains.

I have never been on a train just to the station to pick up my father who crisscrossed the country with his job in the 50's. I still have his home movies. Jim, you have inspired me to consider the trip to Ft. Lauderdale from Charlotte riding the rails, next time I go. Ga

Thanks for the details about traveling cross country by train. Except for the Washington-New York- Boston corridor, I haven't take trains in the U.S., but I've traveled extensively by train in Europe. My favorite journey was from Innsbruck, Austria to Zurich, Switzerland. The train went through spectacular Alpine scenery, eye candy at every turn.

What great childhood memories of trains! My mother took me on a train ride when I was pretty young. I have no idea where we went, but do remember that we ate in the dining car and Mom told me I had to order peas. We both did. Then we had a contest to eat them from our knifes in the rolling, bouncing train car. It was very fun! She wanted me to eat on a train before you couldn't do that anymore. I don't think my little brothers ever got to do that.

Thanks to Judy for having me here.

Georgia -- now I have to hope the trip goes well :)

Maryann -- I know how great going through the Rockies has been. I can only imagine the Alps.

Kaye -- laughing at the picture of peas on the back of knives (very British).