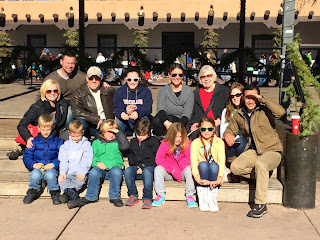 The Alters, minus two, on the Plaza--sunny day
Back to blogging. My blog vacation was actually a Christmas vacation in Santa Fe with all of my family--16 of us in one large contemporary house within walking distance of the Plaza. It made for wild and noisy good times, a boisterous Christmas morning, and a generally wonderful experience. Years ago, when my children were in high school and college, we spent every Christmas vacation in Santa Fe, and it was a city where I felt completely at home, as though I'd lived there in another existence. It's now been ten years since I've been there and even longer for the children, but there was a lot of "Remember when..." as they reacquainted themselves.
Skiing was a major attraction for all but three of us, though it didn't happen until Dec. 26th. We arrived late Sunday, fiddled on Monday, and went to brunch and walked the Plaza on Tuesday. I found some trinkets for this one and that and a lovely wall cross for Lisa. Fun, but after one walk around the Plaza in my awkward boot, I'd had enough. Besides it was cold.
I also chickened out of caroling on Canyon Road, but everyone else had a great time. 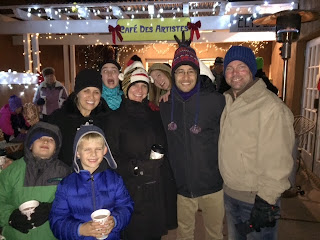 Caroling on Canyon Road
For folks like me, who travel to Santa Fe on their stomachs, we ate at Gabriele's, new to me but delicious--can't beat crab enchiladas. One morning all sixteen of us had brunch at LaFonda--the kids and adults both loved it. They split us into tables of eight--so much more manageable. Another night, we thought we had reservations at Guadalupe Café, long a favorite of ours, but when Megan called to say we were running late, whoever answered said, "We're not open for dinner." Big problem, but it wasn't. The Pink Adobe has bought Guadalupe--the latter serves breakfast and lunch, and the Pink Adobe had a private room waiting for us. Expensive, but oh so good. Melanie, Jordan and I went to Chimayo one day--they had never been to the Sanctuario and brought back more than their share of holy dirt. I found a few quiet moments to sit in that wonderful chapel and talk go the Lord about 2014 and pray for the people on my prayer list. Lunch at Rancho Chimayo was as good as always. I get tired of spicy food and was happy with an avocado filled with chicken salad. And, finally, the three of us found ourselves on the next ski day with Maddie (14) and Jacob (7) for company, so we had lunch at Harry's Roadhouse, where I love the meatloaf. Very carefully saved and protected half my large sandwich for the drive back--sad story. Jordan though I packed it, and she thought I did. No meatloaf. I ate a cold cuts sandwich--good but inferior! 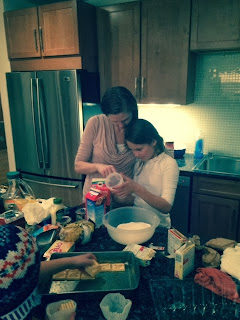 Lot of cooking went on; here, Mel and Eden make banana pudding
Full time life for a week with one teen and six children is interesting. We have a ten, nine, eight, two sevens and a six. The have incredible energy, even after a day on the slopes, and are incredibly noisy. I think we had never before been in as spacious a house where they could run and play. I learned to take my hearing aids out. For me, much of the week was quiet--reading and doing miscellaneous at my computer--but I liked that. And I liked knowing I was in Santa Fe and looking out over the lights of the city at night. I was glad to be back home, and I'm grateful for the privileges and opportunities and loving family that I have. 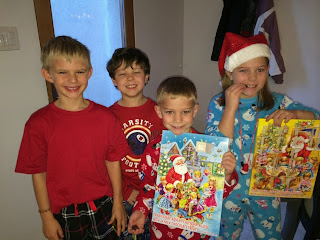 Some of the noisemakers
There were down moments of course--it's hard to be the matriarch, and it's hard to be in a house where no one is in charge and everyone has their own idea of how and what to do. And the trip ended badly with an emergency hospitalization of my oldest son. But more about those things later. Now I prefer to dwell on the pleasant memories--and they are many. 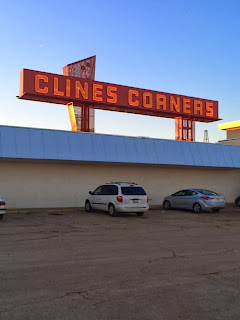 Goodbye until the next time
(photo courtesy Lisa Alter)
Posted by judyalter at 6:25 PM