Sleeping my life away 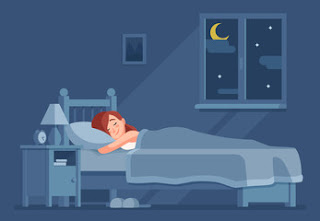 The thing about shingles is that the medication makes you sleepy. I am in danger of sleeping my life away. Last night about nine, I lay down to take a quick nap, planning to get up and blog. I woke up at midnight, did the bare essentials—locked up the cottage, turned on the alarm, saw that Sophie had water—and went back to bed. I slept until nine this morning. And then the day floated away as I dealt with emails and read Facebook.

Line of the day—I’m sharing with a line from an email with you before I go public with it, but it is so funny. This comes from author Ann McCauley who wrote a great review of Saving Irene. She says she wants to be invited to Henny and Patrick’s wedding, but please do not seat her at the table with Irene. I love it when my characters become so real to people. There is some buzz about Irene in Danger, the sequel on which I have not written word one. But Ann insists the wedding has to be at the Palmer House. Such fun. And, yes, I do listen to my readers.

Lots of nice things have happened to me in the last couple of days. Yesterday morning, a dear friend called. She lives not far away but we haven’t seen each other because of quarantine. She’s had some family business to worry over and tend to, but the restaurant they own is going along with their supervision being remote. It was good to catch up, but I was sad we can’t see each other. She does not quarantine as strictly as I do.

In the afternoon, a childhood friend sent a message asking for my phone number. I sent it, and she called immediately. Judy and I lived next door to each other from before I can remember until we were both grown. I have seen her and her Episcopalian priest husband occasionally. When they travel through Texas, they put me on their visit list. But it’s been a while, and I was glad to hear her voice today. We had a grand, long conversation. She loves the Hyde Park references in Saving Irene but she specifically loved one character that resembled someone we both knew. What fun. She said we’d talk again soon. She and her husband, who has retired, live in Muskegon, in cold north Michigan, along with Judy’s younger sister, Nancy. I’m getting lots of input about a second Irene story, do Judy and I will talk about that.

I got the December issue of Southern Living, which always makes for a good day. And Jordan made the dinner tonight, while I sort of supervised and washed a good load of cooking dishes. Tater tot casserole is apparently a favorite in the Midwest. I just heard of it but realized tonight it’s a complicated recipe: meat layer, sauce layer, repeat, then add tater tots and top with cheese. It was delicious. Jordan and Christian both thought it tasted like stroganoff, though there is no sour cream in the sauce, which is a mire poix in a white sauce—I think the white sauce is what they tasted. Anyway, it went on our list of keepers.

Last night’s entrée also went on the keepers list. Christian pounded chicken breasts flat, slathered with onion soup dip—you know, the stuff your kid could eat a whole bowl of and, truth be told, probably you could too. It’s an old friend and highly addictive which means it has lots of salt. Once you covered the chicken with that, you cover it with panko. Sauté until it is gold brown on both side and the meat is cooked through. The sour cream keeps the meat moist and good. Jacob wants it for dinner every night.

I’m thinking tonight about quarantine and the surge and wondering if I’ll ever be able to dine in a restaurant with friends. I’d like to break out of my cocoon. And I’m thinking too of a defeated president who is threatening the security of the nation by satisfying his ego and refusing to concede. They are not happy thoughts, but the determined way Biden is handling transition gives me hope.

Be safe and well, my friends.

Posted by judyalter at 7:26 PM