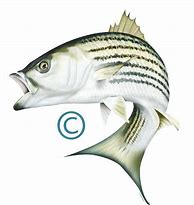 Compassion overcame reluctance tonight as Christian and Jacob hurried to rescue a fish before the predicted storms hit. The story begins few days ago. One of Jacob’s friends caught a lovely striped bass, took it home, and put it in his fish tank, where it proceeded to terrorize the other fish. He offered to sell it to Jacob but Christian intervened and suggested we were not paying to help the boy get rid of a fish he wanted to be rid of. Long story short, the fish ended up in a kiddy pool, with an aerator, in the back yard—with an umbrella to shield it from the sun. Christian announced that the fish would return to its fishy home in the Trinity today. That didn’t happen.


But tonight, with storms approaching, Christian said they had to return it because it was inhumane to leave the fish unprotected in the shallow kiddy pool. In storms, fish go to the bottom of the river. So the plan was, with dark approaching, to return it to the river.


The transfer from kiddy pool to cooler for the ride was accomplished, although with some loud voices. But the car is gone, so I presume the fish is headed back to the non-briny depths. I wish him a long and happy life and hope he’s learned some lessons about lures and avoiding them.


Earlier today we went to church for an emotional service during which the congregation said ‘Fare Thee Well’ to a beloved minister who is retiring after more than thirty years. Cyndy Twedell was, I believe, the first woman minister at University Christian Church and a real pioneer in women’s ministry. She was an inspiration to all of us, whether she was leading a mission group in Central America or delivering the eulogy for someone we valued. I turned to her several times for advice and comfort, and always found her spot on. Among her many duties, she led the women’s book club which gave us something in common, though I didn’t often attend..


This morning, the ministerial staff each took a turn thanking Cyndy for her many roles in our church. It was an amazing service. She cried-and I found myself getting teary.


Today is also my oldest grandson’s fifteenth birthday. I foresee a learner’s permit in his future, but for his birthday he wanted some kind of high-powered computer (beyond my comprehension) which he and his father built. He sounded so exited on the phone. The one thing he told me was that it’s really colorful, and he sent a picture that confirmed that. But I still don’t understand why it’s so special. Probably he’ll explain it, and I still won’t understand.


Oops! The breeze just picked up, and I think we are about to get the predicted storms. Jordan just stuck her head in to say, “it’s coming in real strong,” and Sophie has headed for the bedroom. Guess it’s time for me to crawl into bed, pull up the covers, and listen to the storm.
Posted by judyalter at 7:07 PM