The Power of the Pitch—Who, not What 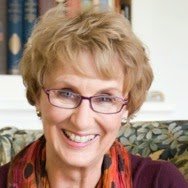 Please welcome my Wednesday guest, Terry Shames, author of the highly acclaimed Samuel Craddock series set in the fictional town of Jarrett Creek, Texas. Terry grew up in Texas and has great affection for the town where her grandparents lived, the model for Jarrett Creek. She lives in Berkeley, California with her husband and two rowdy terriers. Find out more about A Killing at Cotton Hill, The Last Death of Jack Harbin, and Dead Broke in Jarrett Creek on Terry’s website: www.Terryshames.com.


"There may be no protagonist in our genre today as decently compelling as Samuel Craddock.  And there may be no better chronicler of the character and complexity of small town America than Terry Shames.  With Dead Broke in Jarrett Creek, she absolutely won my heart." William Kent Krueger, author of Ordinary Grace


Just because I’m now a published author doesn’t mean I don’t still have to think about “the pitch.” That’s the dreaded 30-second statement telling what a book is about. I need it to tell my editor what my next book is going to be about. I need it when I introduce myself at bookstore and library events, or when I meet someone new and they ask what my book is about.


I’m thinking about this because recently I was at Thrillerfest and I was interested to know what books people were working on. So I asked. And the answers were all over the place. In essence, I was asking, “What’s your pitch?” Only the most seasoned writers seemed able to spout their pitches in relaxed, complete sentences: “In the next book, I’m sending My Hero to Cambodia to get to the bottom of a human trafficking ring.” Or “I’m writing a stand-alone about a woman lawyer whose husband is accused of murder—and she thinks he might have done it.”
The less experienced might pause, shoot me a look of panic and then say something like, “Well…the idea is that there is a group of people doing human trafficking. They’re in Asia and my hero has to investigate.” Or “A guy’s friend gets killed and he’s accused. His wife is a lawyer, and she has to decide whether to help him, since she’s suspicious of him.”


And then there are those (a substantial number) who really do not understand the power of the pitch. Their reply might be something like, “Oh, wow. This is hard. Okay. It’s about human trafficking and how terrible that is. It’s set in Asia.” Or “It’s about a guy getting killed and the cops think his best friend did it. The wife doesn’t know what to think.”


o boil it down, an effective pitch needs to emphasize “who” not “what.” In the first two pitches, the hero is introduced first, and then it tells what they are up against. In the second two, although the “what” is introduced first, there is still a reference to the hero. In the third, it’s all about “what,” and there is no “who.”


One man I talked to said, with great drama, “My story is about the idea that nobody is who they seem to be.” I ached to tell him that this was the most generic pitch in history—every book of fiction ever written has an element of that in it; especially thrillers.


Your pitch needs to start with your hero—man or woman—and tell what they are up against. “Mr. X’s child is kidnapped after he makes a big mistake. He has to fight the mafia to get the child back.”  “Ms. Y finds that her bank account has been wiped out and her identity stolen. To get her life back, she has to confront a brilliant hacker who has ruined many lives.” Notice, these sentences don’t take 30 seconds. You can always add a sentence to sharpen the focus, but even if that’s all you say, your listener understands what your story is about. And that’s what a pitch is supposed to do. 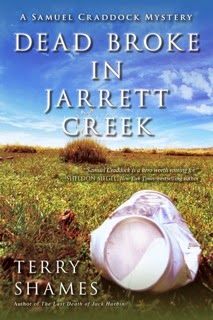 Dead Broke in Jarrett Creek:  With Jarrett Creek bankrupt and the police department in disarray, former police chief Samuel Craddock takes on a murder investigation. He discovers that the town’s financial woes had nothing to do with incompetence and that murder is only one of the crimes he must solve.
﻿

Posted by judyalter at 9:07 AM

Great advice, clearly presented. I'm one of those who stumble and bumble. Now, at least know what I should say. Thanks.

Kudos, Terri, on putting together the clearest pitch advice I've ever read!

(And also on all that other stuff about your awards and nominations and books and things.)

Thanks. It really came from my frustration at listening to people be uncomfortable with saying straight out what their books were about. I remember that feeling, Later on, it may be possible to do it without this formula. But at least it gives someone a way to ground themselves.

Wow, just what I *needed* to read this morning as I tighten up a short story and am trying to write the pitch! I'm throwing away everything I already tried to write as the pitch and working from your advice.

Thank you, Terry, and thanks, Judy, for hosting her.