The excitement and fright of a new computer 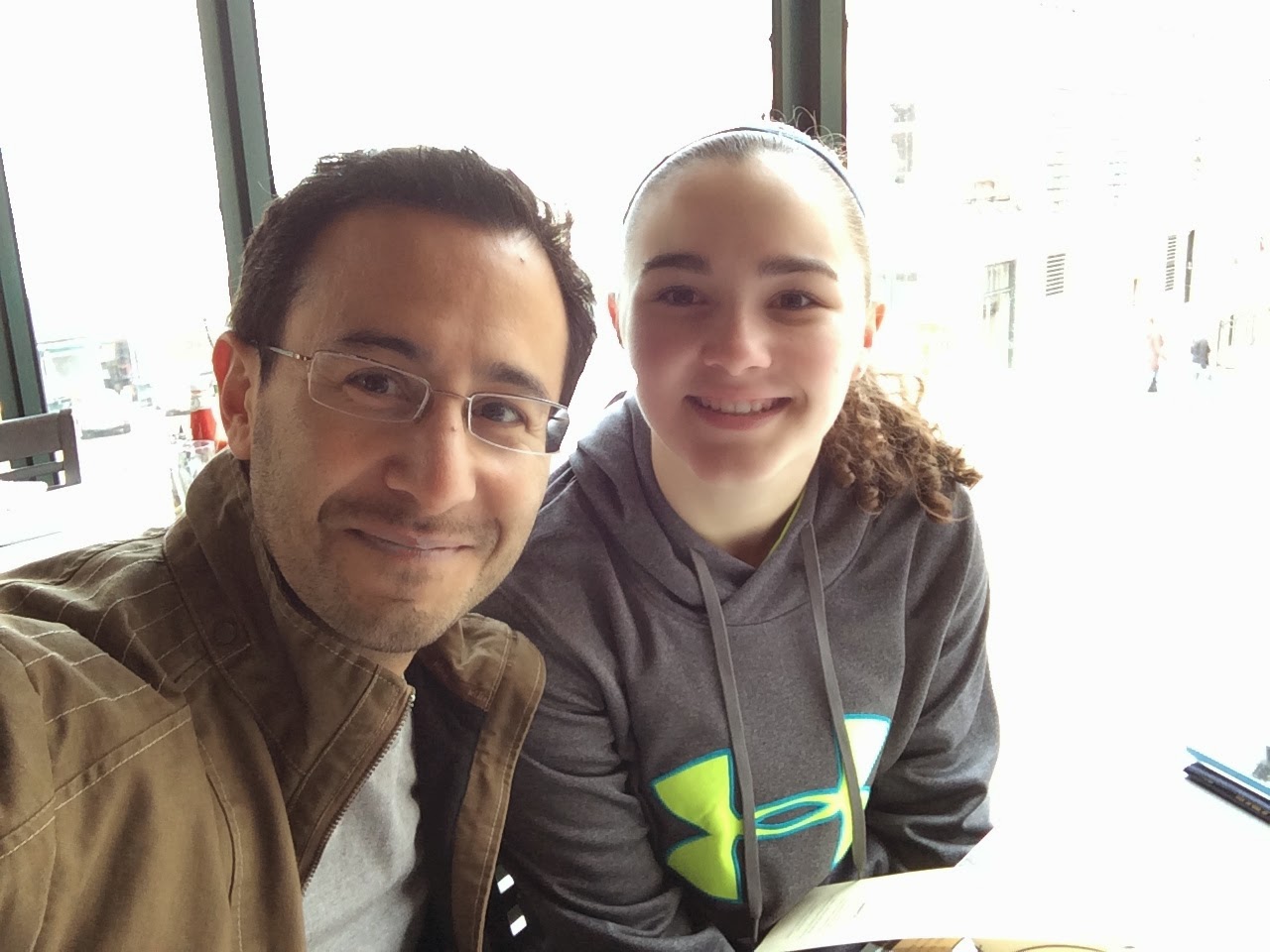 After two hours in Best Buy with my second son and oldest granddaughter, I am the proud owner of a new computer, a  new remote monitor, keyboard and mouse, a subscription to Microsoft Office, and a new landline telephone. Best Buy is their favorite store and they are like two happy children cavorting around in there. Jamie looks at this one, then that one, then decides on one, then changes his mind. Wants me to judge which weight is better, which keyboard. I finally sorted out my priorities--keyboard matters when I travel and don't have a remote keyboard; weight is less important because the difference is small. We've been so preoccupied with the computer, no one has even looked at the phone--have to figure that out later. I must say Jamie has been absorbed all afternoon--I have had a nap and kind of been a casual onlooker--I have no idea how to transfer files, etc. And, frankly, the idea scares me--what if some deathless piece of prose doesn't make it to the new computer. So far, apparently, everything has been transferred to the new Lenovo except my email, which is causing great angst and may well take someone from TCU to figure it out. But of course no one is there on a Saturday.
Jamie was out the door this morning at 5:30 to bike and ride--30 miles and six. I know he's tired, and I've urged him to quit. But he says "just one more time." I wish I could be more helpful."
But there's a plus. I've had the company of some of my favorite people today. And I'm so grateful to Jamie for doing this. When he's really frustrated about the email he says, "I'm not a computer guy, not a tecchie." Unfortunately, his brother-in-law who is a computer consultant by trade is in Hawaii--which is another story. Now I have to worry about children and grandchildren in stormy Hawaii.
And Jacob, who had a wonderful day at football scrimmage at Baylor and met players and the coach, leaves for a week at camp tomorrow. Sometimes it's all too much change to comprehend, but I figure being flexible about change is on way to keep young. On the other hand, not sure I wanted to keep young by learning Windows 8.
Posted by judyalter at 7:11 PM