The nicest thing happened this morning 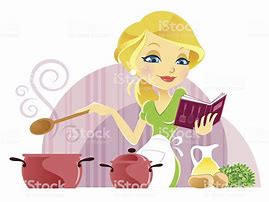 Really, it was nice. I wrote a novel before lunch. Well, it’s a bit more complicated than that, and no, I don’t have a title yet. But as I was dozing in bed and working hard to keep Sophie from realizing I was awake, I plotted out a novel. The thing is, I kind of thought I was through with the cozy, but I found myself thinking about mysteries.


First, I thought of a new Blue Plate Mystery—an aside, did you know that Murder at the Blue Plate Café is on sale for $2.99 today through Monday on Amazon, Kobo, and maybe other platforms? Anyway, I thought about having Kate, the star and café owner, kidnapped, but I didn’t know why or by whom and the prospect of writing the emotions of a kidnap victim, left to die in some isolated cabin, was daunting, although her dog would have engineered her rescue—maybe that’s far-fetched. I don’t like to write about psychological pain. I know authors, some good friends, who can do that, but I can’t.


Then I thought that I seem to be getting more and more involved with cooking and food, and maybe I should write a new mystery that takes off in a new direction. A culinary mystery. And I came up with a central character who is an assistant (read gofer) for a diva TV chef. Suddenly I had a whole cast of characters, a victim, a villain with a credible motive, and even some side issues.


Best of all, I got up and captured it all on the computer before it left my brain.


Sometimes I am really enthusiastic about a new idea, and I ride the crest of that excitement for a few days and then the idea falls apart. It may happen with this one, but I don’t think so. As the kids say, I’m pumped. For one thing, this mystery will give me a chance to talk about food and include some recipes, which will help my tendency to write short. I’m even thinking I’ll set it in Chicago. It’s been fifty-plus years since I lived there, but I can find a lot about my old neighborhood online, and some things never change. The Loop is still the Loop, the lake is still there, the city still has the energy that so captivated Carl Sandburg.


And I had a wonderful lunch today, with an old friend. Ray lived down the street from the kids and me at one point—we agreed today we’ll always remember the incident that brought us together as friends. His dog, a shih tzu I believe, ran into the open door of our house and jumped into bed with Megan, then a teenager. Ray says he can still see Megan coming out the door in pajamas, complaining, “That dog woke me up.”


Times and lives change. Ray moved to Dallas and then to Granbury, and we lost touch. I tried a few times to email him and got a canned response that said, “I can’t answer right now.” Since he’s a few years older than I (imagine that!), I feared for his health. Then a few months ago, out of the blue, he called. We chatted. We made plans to get together. But he fell and broke his leg, and then I was in that spell where an infection made food absolutely unappealing—I wouldn’t have been much fun at lunch.


Today all that is behind us, and his partner and he met me and another author at a local Mexican restaurant. The other woman was someone Greg, Ray’s partner, has known since high school—he even took her to their senior prom. I know her because she writes mysteries. So there you have it—no six degrees of separation. I got to brag about my kids, and he was astounded when I said my oldest is about to be fifty (I’m astounded too!).


But it was great to see Ray again, banter with him, and recall old good times—there were some not so good, but we skirted them. And we agreed to keep in better touch. He asked me if the deli is still there, and I assured him it is, so I’m pushing for the next lunch to be at the deli.


So wonderful to relive the past and also find out that you’re just as comfortable and happy with that person as you were twenty years ago.

Posted by judyalter at 4:52 PM