Summer in February and other delights 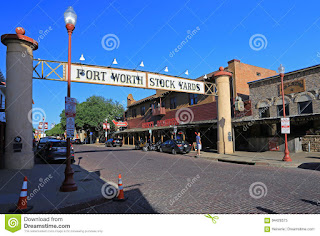 The weather gods are seriously confused. I think the high in Fort Worth today was 81—sunny, bright, and delightful. But this is February and the stock show is winding down in its final week. We should be having “stock show weather”—ice and sleet and freezing winds. It was so balmy today I almost put the top down on my car, but because of the fragile condition of the back window, I’m a little afraid to do that. I contented myself with driving with all four windows down and Alex Beaton Scottish ballads blasting. I’m as bad as the motorcyclists who treat everyone to their brand of heavy metal punk or whatever.


I was reassured to see that I was not the only one unenthusiastic about the Super Bowl or the halftime entertainment. I wish I’d seen more of the ads, and I still like the NFL one. But, whew! It’s over and done with for a year. I hear the audience was larger than ever, though with all the people who posted on Facebook about what a disappointment it was, I’m surprised about that.


Pleasant day today. I followed up on photo requests for the Alamo book and made some progress or at least reassured myself that I was still on some archivists’ radar. It’s sort of a one-step forward and two steps backward process. And I wrote a thousand words on that novel that jumped into my brain a couple of days ago. Still early days, and I’m getting to know the characters, figuring out how they’d react, finding new bits and pieces about them. So far, it’s heavy on narrative, which is unusual for me. I figure I’ll just write and see what happens.


But I had the most fun late this afternoon when I cooked dinner for Jordan and me—we abandoned Christian and Jacob to leftover white chili (it was sooo good). I fixed Coquilles St. Jacques—Christian doesn’t like either scallops or the mushrooms in it, and I discovered by phone that two of my children have no idea what it is. Translated into English, it’s a French dish of scallops in a cream sauce, with a bread crumb and cheese topping. The recipe was billed as quick and easy which was misleading, and I spent almost two hours happily prepping for it. Every bite was worth it, although Jordan said good as it was, she prefers scallops just browned in butter.


How I deviated from the standard recipe I followed will be the subject of Thursday’s post on my Gourmet On a Hot Plate blog. Watch for it at http://www.gourmetonahotplate.blogspot.com.


Another week off to a good start. Happy days, everyone.
Posted by judyalter at 6:18 PM