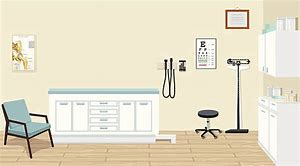 
Andrew Taylor Still of Missouri developed the concept after the Civil War when he lost his wife and several children to spinal meningitis. Basic to his thinking was the idea that health, not disease, is the natural state for the human body. His focus on manipulation came about because he found the body that was well aligned was much more likely to remain healthy. He also stressed the body as a unit—if you have appendicitis, it is not just your appendix that is in trouble, but the entire working system of your body. The ankle bone is connected to the knee bones, etc.—there’s something to that old ditty. Sounds pretty logical, doesn’t it, but in the late-1800s it was radical thinking. Today, of course, osteopathic physicians are fully licensed in all specialties and subspecialties of modern medicine, and they employ all its tools. The only difference, when there is one, is a focus on health as the natural way for the whole body.


All of this came to mind because I collided with modern medicine recently. It’s a long story and I won’t go into details, but basically last summer a medication I took to control my heart rhythm was making me sick. It was probably a little over two months before I convinced doctors that the medicine was the problem—no anti-nausea pills were going to cure it. By then, I had apparently developed a kidney infection which, to my alarm, was called acute renal failure. Antibiotics took care of it, but in the course of checking out my recovery a small anomaly in my blood landed me in a hematologist’s office. And that’s the point of my story.


If you have lots of whatever protein molecules in your blood, you may possibly have multiple myeloma. I had only one molecule, but the doctor felt obliged to check it out—probably both to protect my health and her medical status. My protest that I felt great was met with the cheery assurance that I wouldn’t know if I had this condition. Urine and blood studies followed and still only one molecule, but I was anemic (remember the kidney infection). She wanted to do a bone marrow biopsy but said she would give me two months to bring my red blood cell count up (as though by hard work and positive thoughts I could do that).


Yes, I was worried, but I came to some conclusions, and that’s why I’m boring you with my medical history. My gut told me I was healthy, and my brain told me I felt better than I had in years. I could not see subjecting a person who felt as well as I did to an invasive procedure. (No, I’m not a Christian Scientist, but yes, I believe in following your instinct in health and other matters.) I knew the biopsy was a minor procedure, but it still invaded the body’s health system and as such carried some risk. At that point, I didn’t think the need outweighed the risk, and I, who have always followed doctor’s orders, resolved to ask for a second opinion.


This story has a happy ending. My blood work had improved to the point that the doctor dismissed me as a healthy patient. She had indeed been practicing good, pro-active medicine but like much of medicine today she saw disease, not health, as primary. And from the onset of taking that cardiac medicine to the final good outcome, the story is one of being caught up in the medical spider web. I could easily have been drawn into being a chronic invalid had I not resisted. I could have let medicine convince me I was sick. There’s an object lesson in my story.


Watch yourself in the doctor’s office. Yes, the doctor is a friend (like we tell kids about police officers) but you are your own best advocate. Uncertain? Take a spouse, other loved one, or friend to be your advocate.
Posted by judyalter at 6:24 PM

I agree, that no one knows your own body better than you. Especially after you've lived with it for a few years. I DO have something wrong and no one in conventional medicine is figuring it out, so I'm going afield. I think the stuff the genetic doctor has me on will finally do the trick.

Good for you, Kaye Fingers crossed for successful healing.