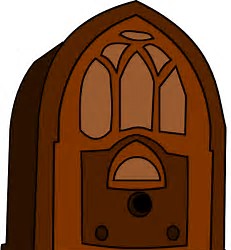 Clearly, I am not meant to be a star of talk radio. I had two interviews scheduled this week, and both fizzled. The first was with a station in Ocala, Florida, at 10:10 in the morning. I was to call in a little before that. I was geared up for it, watching the clock—and then I got an email from the publicist who arranged it. They were waiting for me, wondering what happened. I had forgotten about the time difference. I should have called at 9:10.


When I did call they kindly said they’d put me in the second half hour if I’d hold for a few minutes. Of course, I agreed. But when we got on the air, there was so much static at their end I couldn’t understand them. Most of the interview consisted of me saying, “Pardon me?” or “Would you repeat that?” It was an agonizingly long ten minutes, and I think maybe I got in one or two good answers.


This afternoon I was to have a two-hour interview with a host named Barbara. I’ve been on Barbara’s show before, and I kept trying to remember if she gave potty breaks or not. I was remembering a friend who was to have a two-and-a-half-hour video for a job interview and told me she had severely curtailed fluid intake that morning. There’d been an email a week ago from someone named Barbara cancelling a show, but PJ, the publicist, said that was a different deal. This one was still on. Minutes before the allotted time, I found out this is the one that cancelled. I was all geared up for nothing. PJ said it was the fourth radio interview she’d scheduled this week that fizzled, and we decided it was either the eclipse or a spot on the moon.


And it’s been a rainy day. Last night Jordan said if it was pouring rain this morning, she’d go to the grocery with my list and not try to get me out. So I prepared myself for not getting out, didn’t jump out of bed and wash my hair, lazed about breakfast. And it wasn’t raining. She came to say we’d go at nine. I decided I really wanted to go. Grocery shopping not only gets me out of the house, it allows me to choose my own groceries, and I love that. So, not looking my best, I went to the bank—what I wanted in the safe deposit wasn’t there—and the grocery and the lunch take-out place. High point of the day.And the high point of the day was that I walked into the grocery on Jordan's arm, walking like a normal person. I felt like my legs were working well. Now it's my breathing that I worry about, but I am assured that is conditioning, complicated by the humidity I just need to keep walking.


We had another thunderstorm late this afternoon, the kind I thoroughly enjoy except for that one clap of thunder that was directly overhead and set Sophie to barking furiously. Wish I knew went on in that little brain that she thinks barking at thunder is effective. I love storms (without tornadic winds, of course). As a child in the Indiana Dunes, I used to watch them roll down the whole long length of Lake Michigan, and I was reminded again today of my brother’s words that our mother actively encouraged us to like storms.


My own personal moral of the day: you can’t win them all.
Posted by judyalter at 6:50 PM

So sorry! I've heard a few other similar stories lately. Let's blame the eclipse--or the moon, or maybe a planet.