Some glimpses from the cottage 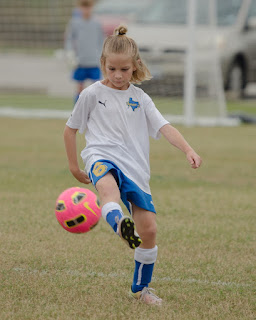 Most of the views from the cottage these days are unfortunately political, but I do love this picture of my youngest grandson, nine-year-old Kegan, focusing on his soccer game. He’s small for his age but makes up for it in skill and dedication. His ambition has been to get his hair long enough for a man bun and now he’s made it—or, as his mom says, a boy bun. This is one of a series of pictures and at first I thought Kegan’s  sister has started playing soccer but there’s no mistaking that boy. So proud of him. Last I knew he had been invited to play on a team of older boys.


We did sort of have a watch party last night. My friend Linda came from Granbury and reminded me the last time she came to a watch party, everyone left by eight—George W. Bush swept the election, which didn’t please my liberal friends. As the evening wore on last night, I assured her I’d never invite her again, and she retorted that if invited she wasn’t coming.


The dogs, however, thoroughly enjoyed watching—because all their people were here. 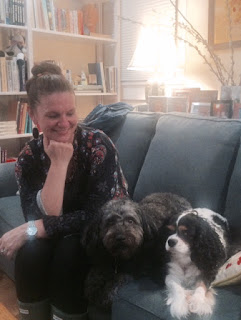 Jacob is doing homework out here tonight, having refused the good taco soup I had for him. He asks me questions, then flings himself on the couch in despair when I don’t know what he’s talking about. But really, he wanted a definition of deposition—but then he added the qualifier “science-wise.” First of all, science-wise is not a word and if used as one is bad usage. I had no idea what he was talking about.


The view from the cottage the last almost week has been a wet one. We’ve had an incredible amount of rain. The gutters on the back of the main house have a thousand holes, despite frequent and recent repairs, and I watch the water sluice off the roof in a marvelous imitation of Niagara Falls. I look at Christian’s new grass and think how happy it is with all this wet, and then I realize how happy Christian is that his grass is getting watered.


Jacob announced last night he was cheering for Trump-a definite change of attitude. I asked why, and he said because of the e-mails. I tried to explain that was a dead issue and he said stubbornly, “You don’t always know the truth.” It occurred to me that his understanding of that and other issues was about on the level of all those Americans who voted for Trump.


Of course I have thoughts on the election but I don’t know that they add to anyone else’s. I am hugely disappointed in the American people—and stunned by their collected voice. Many of my fellow liberals have chosen the route of gloom and doom, but I refuse to do so. Not because I have any confidence in the incoming administration but because I refuse to let my life be dominated by a demagogue filled with hate. I take the high road recommended this morning by President Obama and Secretary Clinton. Someone posted on Facebook that the Obama legacy is now shattered. I don’t think so. I think the class he brought to the presidency, the goals he set and the things he accomplished, the example his family set will not go away.


Be of good cheer, folks. America is still America.
Posted by judyalter at 7:10 PM