A snarl and a snap 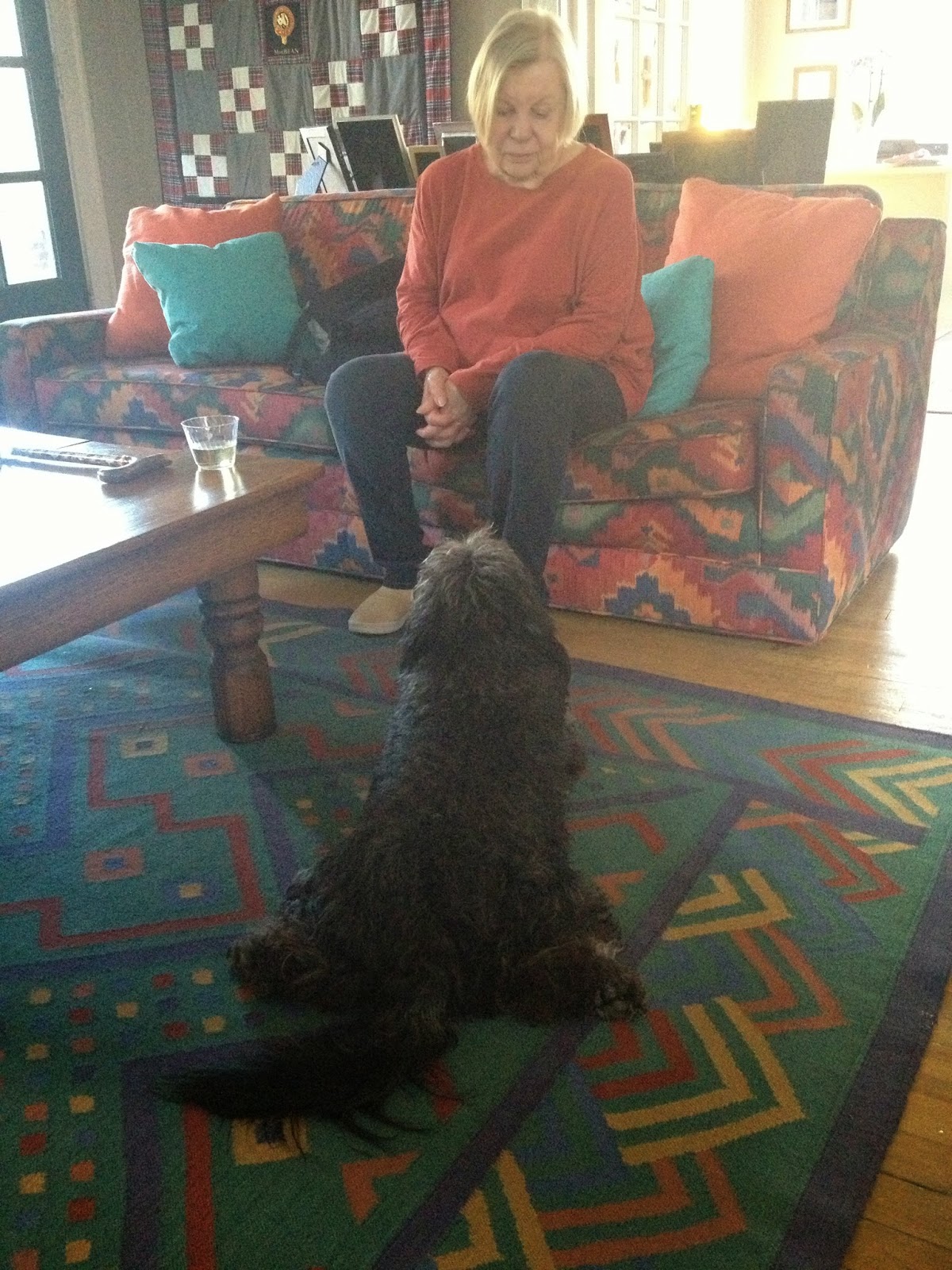 My sweet, loveable Sophie, who everyone adores, snarled and snapped at me tonight. It's the second time in recent weeks she's done that, but I dismissed the first time because I think I woke her out of a sound sleep by reaching for her collar. And the incident passed quickly--she seemed unaware and came for her nightly tummy rubs. Tonight it was willful disobedience.
Friend Phil was trying out the new sectional in the sunroom, sitting quietly petting his seeing-eye dog. Sophie adores the dog, Santiago, but she also thinks she should be first in line for any affection in this house. She hopped up on the sofa. I'm trying to teach her that the new sofa is off limits. When I catch her on the sofa in the living room and say, "Sophie, get down," she looks guilty and hops off. Didn't work tonight.
Jacob got her off once, but she hopped back up. He reached for her collar again, and she snarled badly enough to scare him away. So I marched over and reached for her collar--only to be greeted with a snarl and a snap. I did rap her smartly on her nose and say, "No!"--which earned me stinging knuckles because they came in contact with her bared teeth.
Christian said, "If she were my dog, I'd punish her," and I agreed but I didn't know how to punish her. I sure wasn't going to reach for her again. We all decided to go into the living room and ignore her.
Obviously, she knew she'd done wrong. She followed me everywhere I went all evening--if I was having wine in the living room, she was at my feet, staring at me with soulful eyes. If I was in the kitchen, so was she--watching me nervously. When we had dinner, she sat right by my chair. Eventually we made friends, but I don't know if the lesson will stick with her. It will stick with me--I've learned not to reach for her collar and to always make sure she knows it's me and is awake.
But I need some way to deal with this if it happens again.
Jacob helpfully said, "Lock her in her crate for the rest of the party." (A quick dinner for four is a party to him.) I explained she wouldn't connect the two. She's very subject to bribery, but there ought to be a better way to make her understand that is unacceptable behavior. I'll appreciate any advice from dog-training friends. I don't exactly want to risk my fingers again.
Sophie will be four in May, and I certainly hope this isn't a sign she's going to be a crotchety old lady.
The good news is that the world is thawing--not going to be in the twenties again for three nights, but then watch out. Rain and freezing temperatures. I'm going out tomorrow if I do no more than drive around the block. And if we can tolerate this stuff one more week, we should be headed into the sixties. Come, spring....
Posted by judyalter at 7:36 PM