The joys and duties of being a grandparent

Over the years I have realized, with some chagrin, that it's the grandparents' responsibility to attend any function at which any grandchild shines. I spent endless hours waiting for Maddie, my oldest grandchild, to have her brief moment on the ballet stage--gosh those programs were long. Now, she plays basketball like a pro, and I'm sure ballet is far from her mind. I'm not a sports fan, but I have been to basketball games, soccer games, baseball games, and one tai kwondo lesson. When it's your grandchild, you cheer.
When my kids graduated from elementary school, I thanked the stars that school carnivals, PTA (or PTO or whatever) and the like were behind me. A single working mom, I didn't feel as obligated as I had in elementary school to participate in those things. Yes, I went to open houses to dutifully meet with the teachers, but my kids pretty much fended for themselves--and did a darn fine job of it--in middle and elementary school.
So far I have not had to go to carnivals and open houses, but I am expected each grade's annual program as Jacob progresses through elementary school. Tonight was the second grade program, a musical called "Stone Soup," and he was one of the "stars"--three speaking lines.
I fixed supper so everyone could rush across the street to the school. As Jordan and I did dishes, she said, "You don't have to go, you know," and I replied, "His feelings would be hurt if I didn't." And she said, "That wasn't a sincere offer of a way out." But she and Christian were as excited as Jacob about the program. 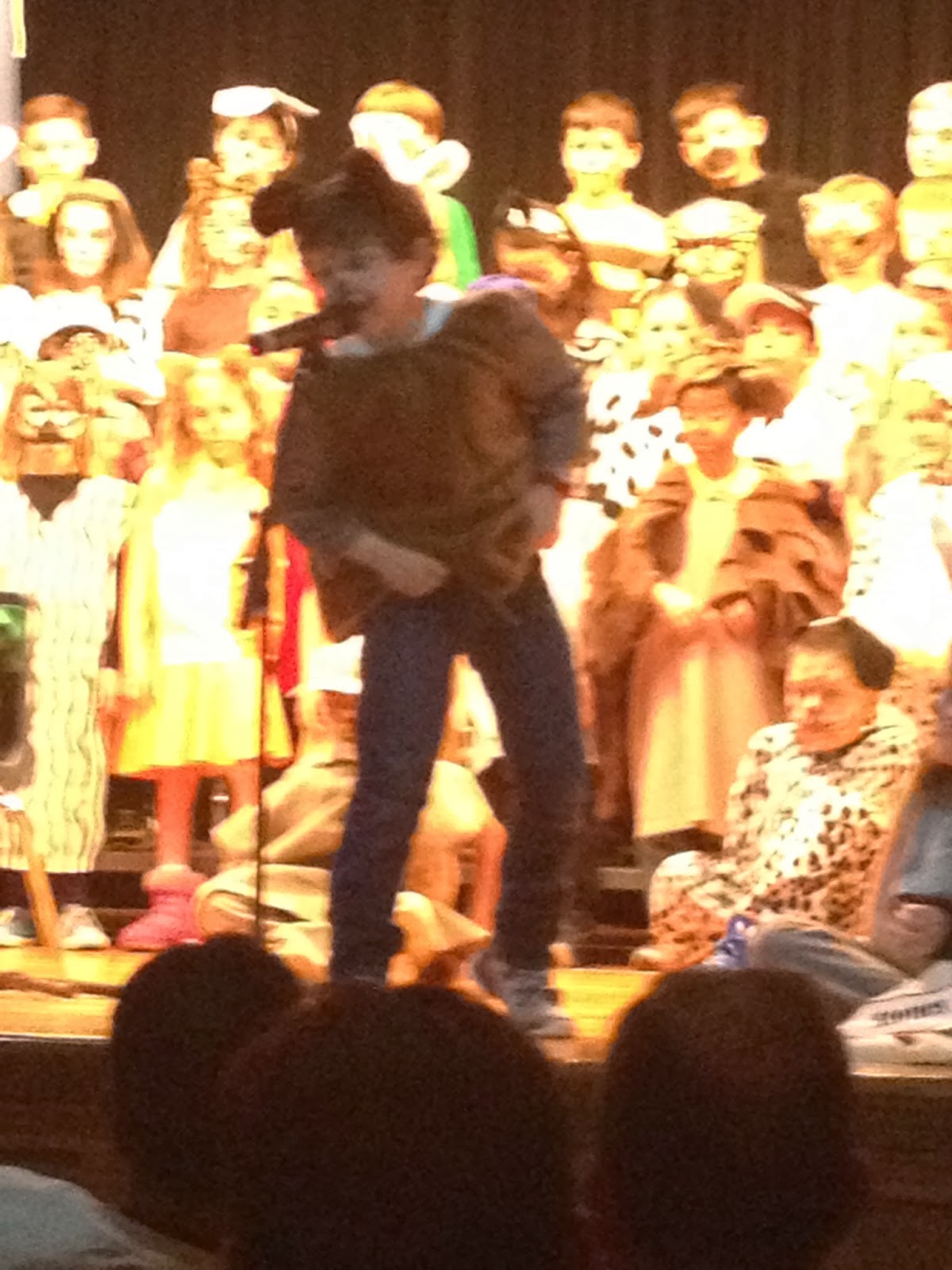 And it was cute, no question about it. The kids were full of bounce and enthusiasm. I could barely make out a word they said (I know Jacob's lines by now) but just watching them was a joy.
This is a blurry picture of Jacob delivering one of his lines. At first I thought he was having trouble holding his britches up but then I realized he was doing sort of a Michael Jackson move. Mr. Cool! A friend of mine says if we'd put him on the stage the rest of us could retire. Not sure about that, but I wouldn't be surprised to see him take to theater. His daddy was a child model and in several TV programs. So maybe the spotlight is where Jacob belongs.
I'm both relieved and sad that my six other grands live too far away for me to attend their school programs and the like. Just deliver me from carnivals and cake walks, please.
Posted by judyalter at 8:04 PM