One Judy welcomes another Judy 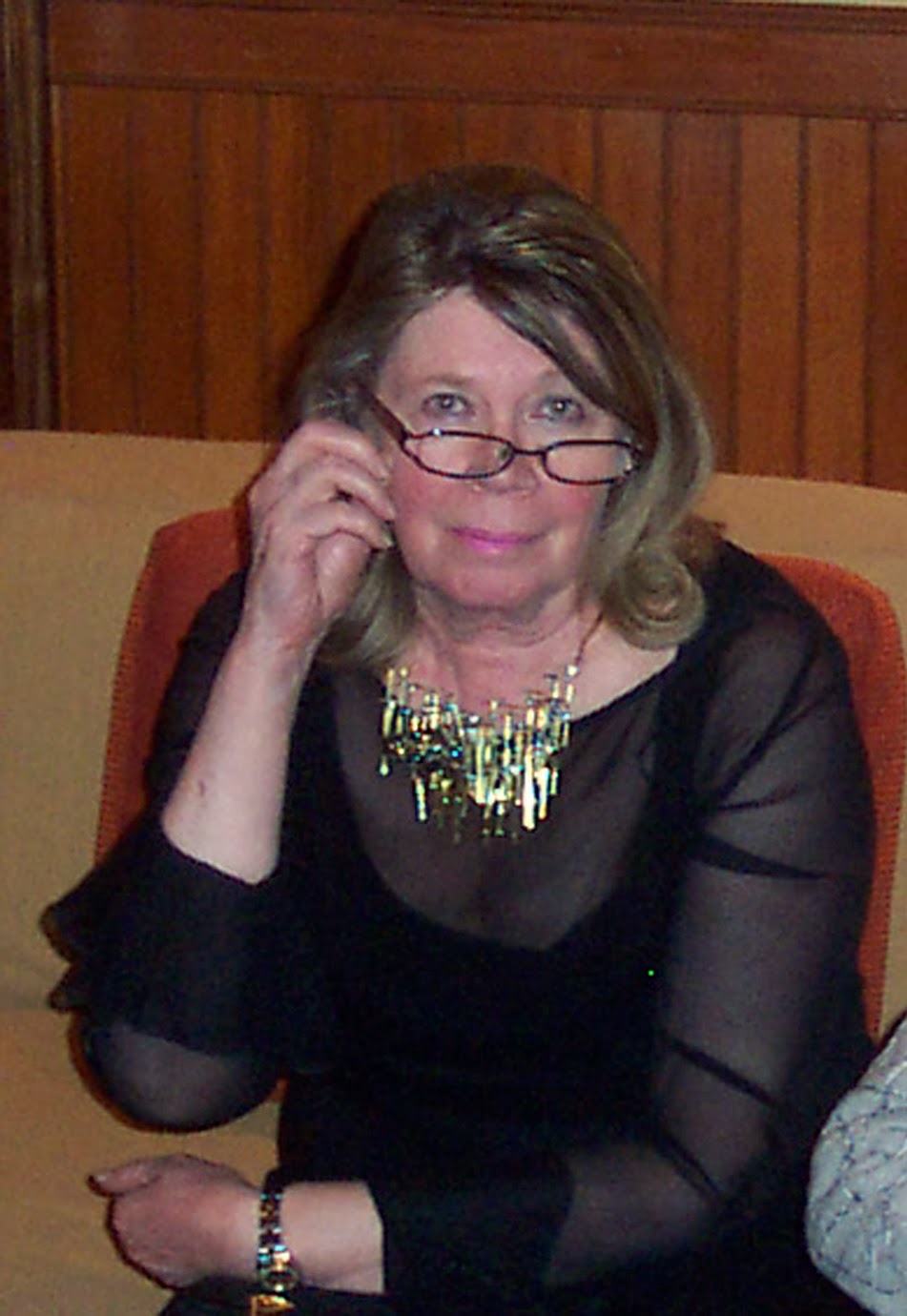 Even though it's Thursday morning, please welcome my Wednesday guest author, blogger, traveler, and woman of many talents and interests--Judy Copek. Born in Montana, she lived in New England for many years and is a member of Sisters in Crime and Mystery Writers of America, among other organizations. Welcome, Judy, and thanks for being my guest.


****
“You always have to learn everything the hard way.” My mother’s cautionary words to me, usually said in exasperation from early childhood until I was out of high school.
Mom, you were so right.
I don’t break laws. Never cheated in school. Swiped a green eyes shadow at a fire sale when I was in high school and still feel the guilt. I drive respectfully. Vote in every election. Try to be a solid citizen. OK, I jaywalk
But except for the Golden Rule, I don’t like rules, and I’m not a willing follower. For thirty plus years I’ve always broken the rule of “don’t try a new recipe for company.” I recall only one time when disaster ensued. Just once. Damn, those dumplings sure did fall apart.

My heart is always with the rebel, the non-conformist, and the oddball. I smoked and drank at an early age; I stopped heating baby bottles early in my motherhood career. I’ve never been much for sunscreen. I ate butter when the rest of the world was eating margarine. I told my lunch mates, “That stuff will kill you.” They just rolled their eyes. Crazy Judy.

A rule I always found hard to ignore was not to mention that the emperor wore no clothes. Couldn’t any fool see that? Apparently not.

When it comes to writing, I’m not a willing follower of rules and this has not been to my advantage. Somerset Maugham once remarked, “There are three rules for writing a novel. Unfortunately, no one knows what they are.” Advice as to what those rules are is everywhere. And believe me, most people think there are many more rules than three.
Some rules I ignored to my detriment. Don’t send out a manuscript before it is ready. How do you know when it’s ready? I could never figure this out until I’d been writing for a very long time. Follow the rules of the genre. Too boring. Too stupid. Hmmm. Wonder why that cozy mystery with all the sex and profanity never sold. To this day, I’m always amazed that so many writers read all the writing books and outline their novels in detail and create characters arcs and character biographies and plot like crazy and create five to seven “hooks” in their first paragraph. Following rules. Too boring. Too conformist.
I had a novel that wasn’t selling. I mean no one would touch it. I changed the last paragraph and had the heroine go off with the hero instead of saying goodbye. It sold to the next publisher I pitched. And it sold as “romantic suspense.” Huh? Was I writing that? Maybe. I didn’t know, because I didn’t know the rules. How do you find out the rules? That’s the catch. You must read REALLY A LOT of books in that genre. Gradually the rules will become clear. But maybe you just have an idea for a story. You want to write that story, not read twenty novels in the genre. Reading those books would have actually saved time and aggravation, but I have to learn everything the hard way. 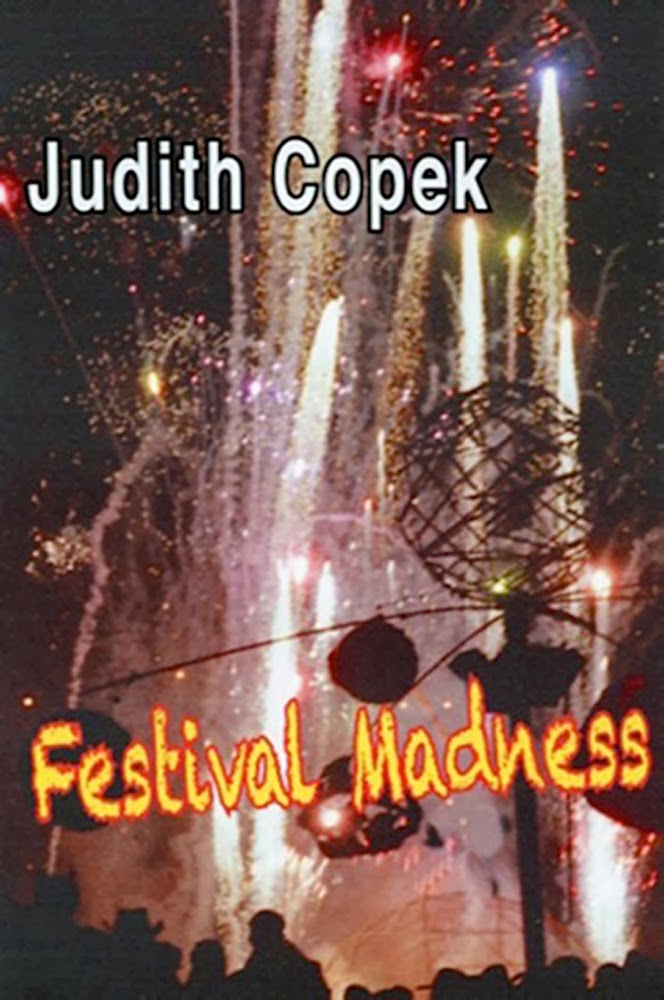 My most recent novel, Festival Madness, was one of the genre-breaking books. Most readers don’t care; it’s the agents and publishers who are such sticklers for rules. If you write a good story, the reader will get it. Rules of storytelling and rules of genre are not always compatible. I self-published the novel and no one has complained about my bad-girl heroine. After all, she saved her friend and she helped solve the crime. She stepped up to the plate many times, but she did have one very large flaw. She chafed at the rules, just as her creator sometimes does. I haven’t figured out if she had to learn everything the hard way. And me? I’m still learning.
Festival Madness was inspired by my trips to the Burning Man Festival and working in high-tech Cambridge. How far would you go for a friend? Put a wrecking ball to your marriage? Endanger your job? Risk your very life? Boston-based computer security consultant Emma Lee Devens leaves her top-secret project in disarray and jeopardizes her troubled marriage when she rushes to find her missing friend and colleague. Emma’s search takes her to the Black Rock Desert of northern Nevada and the Burning Man where a unique experience of survival, ceremonial fire, danger and transcendence awaits. Anything can happen at Burning Man. Even murder.
Festival Madness is a Kindle book on Amazon (ASIN: B00E2YO538) and a trade paperback (978-1491052938).
Posted by judyalter at 7:55 AM

Judy, I hear you. With me it's not rules. I always do everything wrong the first time, from marriage to starting a blog tour. Maybe the lessons you learn from banging your head against the wall are the ones that last.

Definitely words of wisdom. We appreciate things more when they don't come easy. Like getting published!