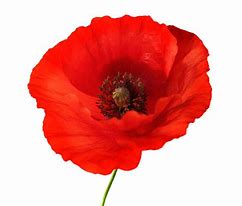 Veterans’ Day originally began as Armistice Day, intended to honor veterans, living and dead, of World War I. On November 11, 1918, at five in the morning, a treaty was signed between the Allies in Europe and Germany. The treaty was to take effect at “the eleventh hour of the eleventh day of the eleventh month”—11 a.m. November 11, although it was breeched all that day and shooting stopped only when darkness fell. Over the next year, the treaty was violated several times, and peace did not reign until the Treaty of Versailles, negotiated in 1919.


My father fought in WWI (makes me seem awfully old) for the Canadian army. He survived mostly unscathed, though he was gassed and ever after was subject to bronchial difficulties. When jet planes first whined over our Chicago home (right in the path of Midway Airport), if he was outside, Dad would instinctively duck and head for the garage. To him, it was the sound of incoming. But he never talked about his war experiences.


During WWII, the name of the day was changed to Veterans’ Day to honor all who had served, living and dead, in all wars fought by this nation. When I was young, the world almost came to standstill at eleven in the morning, as people stopped in their tracks to stand and face east for one minute, in honor of the veterans. It is almost an unknown custom these days, but this morning at eleven I stood in the cottage and faced east for one minute.


Another custom once associated with the day is the wearing of red poppies, inspired by the poem written by John McCrae when he saw the blood-red poppies, in reality a weed, blooming on a ravaged battlefield. A French woman, Anne Guérin, is generally hailed as the originator of the poppy custom, although an American woman, Moina Michael, a volunteer for the New York YWCA, was simultaneously inspired by the poem and worked to promote fabric poppies. Europeans still wear the red poppy on Armistice Day but in America, the custom has become associated with Memorial Day, which more specifically honors those who lost their lives. Fabric poppies are sold to raise money for servicemen.


World War I inspired literature—especially poetry—that, little known today, is both intensely terrible and beautiful. It is not the literature of patriotism, but rather works that portray and capture the horror of battle. McCrae’s poem is probably one of the best known.


In Flanders fields the poppies blow
Between the crosses, row on row,
That mark our place; and in the sky
The larks, still bravely singing, fly
Scarce heard amid the guns below.


We are the Dead. Short days ago
We lived, felt dawn, saw sunset glow,
Loved and were loved, and now we lie
In Flanders fields.


Take up our quarrel with the foe:
To you from failing hands we throw
The torch; be yours to hold it high.
If ye break faith with us who die
We shall not sleep, though poppies grow
In Flanders fields.


“. .. . the torch; be yours to hold it high”—words to remember and treasure in these trouble times in our country. On Veterans Day, let us honor and make proud the men and women who died to protect our freedom and our democracy.
Posted by judyalter at 11:58 AM