One Encounter, One Chance 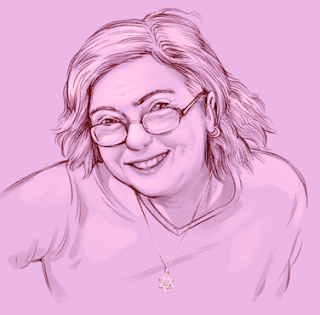 Oops. Please welcome my Wednesday guest on Friday. B.K. (Bonnie) Stevens has published almost fifty short stories, most in Alfred Hitchcock’s Mystery Magazine. Some of her stories have been nominated for awards such as the Agatha and the Macavity; another won a Derringer; and another won a suspense-writing contest judged by Mary Higgins Clark. Her first novel, Interpretation of Murder, published by Black Opal Books in April, is a traditional whodunit. Her second novel, Fighting Chance, is a martial arts mystery for young adults and will be published in October by The Poisoned Pencil / Poisoned Pen Press. Website: http://www.bkstevensmysteries.com. Bonnie also hosts the innovative blog, The First Two Pages, in which authors write about how and why they wrote the first two pages of a novel.

You’ve probably seen it happen in movies or on television. Late at night, a woman walks into a

nearly empty parking garage, her eyes fixed on her cell phone as she reads a text message. Suddenly,

a man emerges from nowhere and grabs her arm. “Keep quiet,” he says, “and you won’t get hurt.”

Terrified, she tries to pry his hand away. It’s no good. He’s too strong. He shoves her into his car and

drives off. She feels helpless, doomed—and at this point, she probably is.


But did things have to reach this point? Not necessarily. Not if she had followed some basic principles of self-defense.


She wouldn’t have to be an expert. Jane Ciardi, the protagonist of my recently released mystery novel, isn’t an expert. She’s an American Sign Language interpreter who gets into some dangerous situations when she accepts a part-time job from a private detective. But she’s taking a martial arts class, and she learns enough to protect herself. 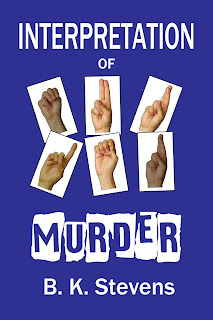 
·       Be aware of your surroundings. If you’re walking into any situation that could conceivably prove dangerous, focus only on the situation, not on your cell phone or anything else. Before you take one step beyond safety, look all around for possible threats. On a Sunday afternoon, Jane strolls blithely into a parking garage, caught up in her thoughts, and finds herself face to face with someone who wants to harm her.


·       Make some noise. It’s easy to be scared into silence, especially if an attacker orders you to keep quiet. But getting noisy is often the best way of getting help. Also, yelling gets your spirits up and helps you feel stronger, and it’ll probably startle your attacker: Attackers expect victims to be passive, so a confident roar might send them running. In the parking garage, Jane ends the danger by shouting a greeting to a stranger passing by. The stranger clearly thinks Jane’s crazy, and maybe the shout wasn’t necessary—maybe Jane’s enemy wouldn’t have attacked anyway. But risking embarrassment is better than risking injury.


·       Don’t be predictable. Although any resistance will probably take an attacker by surprise, unexpected moves are especially effective. In our opening example, the woman tries to pry the man’s hand from her arm—utterly predictable, and since he’s stronger, he simply has to tighten his grip. It would’ve been better to pull his hair, claw at his eyes, stamp down on the arch of his foot. In one desperate battle, Jane fights back from a hospital bed, improvising wildly and using everything within reach—including a potted cactus—to defeat an opponent determined to kill her.


·       Don’t get in the car. In her martial arts class, Jane learns the Japanese principle of ichi-go, ichi-e—“one encounter, one chance.” In general, it means making the most of any opportunity. Applied to life-threatening situations, it means realizing you may not get more than one chance to defend yourself. If an attacker tells you to get in the car, it might seem smart to obey. Maybe you’ll placate the attacker by cooperating; maybe you’ll get a better chance to fight back later. That’s a mistake. If attacker tries to do anything that will reduce your ability to resist—tie you up, force you into a car—that’s the time to fight back. Fight as hard as you can, as long as you have to, until you can get away. It’s natural to try to avoid fights, and no decent person enjoys hurting somebody. But if your life’s in danger, delay can be fatal. Treat any chance to save yourself as the only chance you’ll get. For all you know, it is.


You can learn about more principles of self-defense by reading Interpretation of Murder. (And I definitely hope you do read it!) Undeniably, though, taking a martial arts class is the best way of learning more, and of building the skills and confidence that could make a crucial difference for you some day.


When American Sign Language interpreter Jane Ciardi takes a freelance job from a private detective, she thinks it’s just a way to earn extra cash. Soon, she’s facing tough romantic choices, ethical dilemmas, and dangers that put her martial arts skills to the test. Jane must sort through secrets and lies as she tries to help a deaf African-American teenager—and to uncover the truth behind two murders.

Posted by judyalter at 5:48 PM

One of my sisters, a tiny woman, was walking on a city street when a young man grabbed her purse. She had taught high school in an inner city school, and without thinking, reacted the way she would have to a situation in school.

"Give me back my purse this instant," she demanded loudly.

The guy was so startled, he did so. And ran.

That IS a great story, KM. I remember, many, many years ago, seeing Carol Burnett on a talk show, telling a story about a time when a man grabbed her arm as she was walking down a street one evening. She stared at him and did her Tarzan yell. He ran away, probably thinking she was crazy and dangerous. Once again, an unexpected response worked.