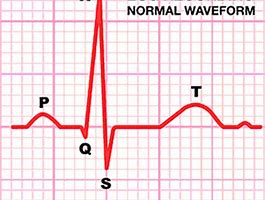 I conquered technology! Okay, not really but I made some giant steps.  It all began Saturday when the brokerage where I have a bit of money notified me of a transfer of funds. I went online to check it and was told the account was suspended. Of course, I tried again, and the more times you try, the more vehement they get about locking you out. So I called. One thing high on my list of pet peeves is automated telephone systems, but I tried. That bodiless voice quoted me the balance in my account—and it was considerably less than I thought it should be. So I did what I do in moments of financial panic—I called Colin, my oldest son. He tried, but of course he couldn’t get in because I had caused them to lock the account.


Finally I called again and went through the necessary rigamarole to speak to a living, breathing person. What a relief! The balance was just what I thought it should be. The gentleman ushered me through changing my password, checking the transfer of funds, etc. One monster conquered.


I also tried to log into the web site of the service that TCU uses for benefit payments to retirees. I wanted to notify them of a change in my insurance payment. No deal. They apparently never had heard of me. Disregard the fact that I just gotten a check from them. They didn’t recognize my username, my password, my social number, or my TCU employee i.d. And worst of all, until you could get into their web site, there was no phone number to call. I emailed the retiree coordinator at TCU and she promptly replied with the phone number.


So today I called. It seems I had logged in to the employee site and not the TCU one. They need to be more clear with the names of their sites. And for some reason, maybe because I did that, it treated me as a new registrant. So I had to supply all my data and wait for a code to be sent. That took so long that the customer service guy begged off and left me on my own. Then it seems that I had repeated the request, so now I had two codes and no idea which one worked. Hit and miss, I found it. Then it asked for confirmation by my phone number. I supplied that and was told I would receive a text with a code. By now bumfuzzled with the rigamarole, I tried the previous codes—nope. Finally I remembered “text”—whoopee! I got into my account. Only to find out they already knew my insurance premium had changed—the insurance company notifies them.


But the biggie was today’s adventure with my Apple watch and phone. The watch has been sending me alert notices about a health problem. I only recently knew to check that, so who knows how long I’ve been getting those notices. But I didn’t know how to find the notices again when I called the doctor’s office. They wanted a screen shot, and I said I didn’t know how to do that. So they suggested I bring the phone in and let them collect information. Now they’re a good half hour away, and Jordan wasn’t thrilled at the idea. “Surely,” she said, “ you can find someone to walk you through finding the information.


I did. My twenty-year-old granddaughter, a Colorado University student who works part-time at the genius bar in an Apple store. With Maddie’s help by text, I took my first ECG (electrocardiogram) on my phone and also found the alert reports. Sent it all to the doctor’s office, where the nurse rejoiced with me over my advance in technical knowledge. The nurse sent it to the doctor, and the eventual verdict was that I am to wear a halter monitor for 24 hours. But how easy to do all that with my phone. And much love and thanks to Maddie—it’s so nice to have a genius in the family, even if it isn’t me.


I don’t mean to brag, but I had a great supper tonight. Fried some bacon, then sliced and fried those potatoes that I thought were a bust last night (much better with salt and pepper and a crisp crust), and soft scrambled two eggs. So good. I will sleep better tonight, having been reassured that I should not worry about the health alerts.
Posted by judyalter at 5:58 PM