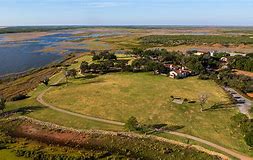 For almost ten years, I turned from writing about the American West to writing mysteries, albeit all set in contemporary Texas. But life brings you funny opportunities, and a sad death opened a door for me—it’s a long story, but when my friend Debra Winegarten knew she was dying, she asked me to write the Alamo book for which she’d done so much research. I had encouraged her work on this project, urged her to set other things aside and focus on it, because it was a book I would have loved to write and I thought it offered her a great opportunity to enlarge what was already a burgeoning career. You’d have had to know Deb to understand that, but she was the Energizer Bunny with boundless enthusiasm and incredible chutzpah (good Jewish girl that she was, she’d have loved that description). Her most outstanding trait: she made outrageous requests of publishers and others and usually got what she was after—a lesson for all of us to put timidity aside. With some sadness, I took over project. The Second Battle of the Alamo will debut next March, probably on the 7th and probably at the annual meeting of the Alamo Society at the historic Menger Hotel in San Antonio. I hope Debra will be there in spirit and is looking down on me as I write tonight, on the first anniversary of her death.


That book led to another contract with the same publisher—Globe Pequot—and the same editor—Erin Turner, who I like a lot and feel fortunate to work with again. So now I’ve been researching the Waggoner Ranch in North Texas, still to this day the largest ranch in Texas under one fence. It’s a fascinating story that ultimately boils down to a conflict between heritage and wealth. With a history of the grit and determination that built the ranch, the last heirs sold the land in 2017. Wealth—or greed to be blunt—won out, and in a sad break with history, no Waggoner descendant lives on or owns any of the 197,000-square mile ranch. Other family-owned Texas ranches—the King, the Pitchfork, the Burnett Ranches, Lambshead—remain in the hands of descendants of the founders. But not the Waggoner. It makes me sad.


But it also brings me to what I meant to write about tonight. The listing of this massive ranch for sale in 2015 prompted several YouTube videos—I suppose as marketing tools. But they are impressive—the cinematography excellent, the landscapes sweeping and magnificent, the scope of the ranch—oil, cattle, and horses—well covered. I have watched several times, enthralled each time.


So I called my brother, who runs a few cattle down by Tolar, some forty-five miles southwest of Fort Worth. I called him because I thought he, a retired physician who has always loved the ranching life—dare I say this? since our uncle’s horse, pulling a wagon with John and Uncle Floyd in it, ran away when he was a tiny kid and all he could think was he wished he was home in his bed. Today of course, he has a more seasoned approach to ranching, but he loves the land and the cattle. I thought he would enjoy the video—and he well may when he figures out how to find it on the internet. (Clue: do a search for “YouTube sale Waggoner Ranch” and go for the six-minute video.)


But even as I called him, I had this funny thought about the strange tricks that life plays on us. Here we are, two kids from the South Side of Chicago, now in our “golden” years, and one of us raises cattle and the other revels in Texas history. I’m sure our parents would be surprised, and I am pretty surprised myself.


Maybe another day, unless you’re bored, I’ll trace the roots of my interest in Texas history. Most of my career has been spent writing about Texas and the American West, and particularly about the women. It’s where I belong, but it’s a far cry from Chicago’s South Side.


So here’s to Debra, may she rest in peace and smile upon us as we carry on her work, and here’s to John, a Chicago kid turned rancher. Pretty amazing.
Posted by judyalter at 8:19 PM