No Day of Rest 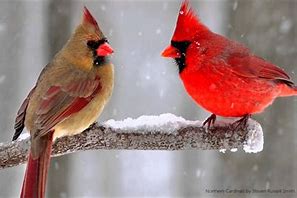 Usually I relax on the weekend and take a break from those deadlines I impose on myself—well, a couple of them come from outside my mind, but a lot are me. No break today, because I felt overwhelmed by half-done projects.


I did get my work-in-progress, Saving Grace: A Culinary Mystery, off to an editor and a second beta reader. Usually I do that sequentially, but I decided on simultaneously, because I’d kind of like to be sure I can get the book out in at least September. I already have edits from one beta reader and still have to key them in--another half-done project. Today I got cover art and will share it as soon as I figure out the computer glitch that doesn’t allow me to save it. Ah, I love computers. I got some gobbledygook  message about being sure the C drive is connected, and after that when I tried to save it, nothing happened. Maybe a reboot will do.


The Sisters-in-Crime Guppy chapter (Going to Be Published or Great Unpublished, although probably half of us are published) offers a Fantasy Agent project, where unpublished authors can submit a synopsis and the first three chapters of a novel. These are blind matched to a published author, who looks at them as an agent would and advises. I find it intimidating, partly because through a long career, I’ve had little luck with agents—and several bad experiences—so I know little of how their minds work. But I do know how mine works, so I do the best I can and hope it’s helpful. I’ve done enough editing in my life that I approach it from that point of view.


The manuscript I drew this time was interesting—the author is obviously from Australia (language is a huge giveaway) and the story is set in the Outback, featuring a female bush mechanic. I was grateful for the explanation that a bush mechanic is one who uses whatever’s at hand for a repair job. Sure enough, the main character makes a temporary replacement for a fan belt out of a pair of pantyhose. I found it most interesting to be transported to a different land, with different customs and, as I said, language. And there just aren’t many cozies about girl mechanics!


Jordan and I went to church this morning on the computer—a powerful sermon about hope in these traumatic days. The text was from Revelations, a biblical book I’ve always been leery about. Dr. Peterman pointed out that though it is often considered apocalyptic, forecasting the end of time, it really forecasts a time when God will create us and our world anew and dwell among us. Pretty hopeful stuff. The music was provided by a trio of young people (from Australia, I believe)—one on piano, one playing violin, and the third playing bass. They are in Fort Worth for the Mir Mir Chamber Music Festival, which offers residencies for emerging artists. The music this morning was spectacular.
As I have listened to this series of sermons, I have often thought of the line from Emily Dickinson's poem, "Hope is a thing with feathers/That perches inside the soul." We have a pair of cardinals apparently living in the yard—we see Papa a lot. They mate for life and rarely move beyond a yard or two from their home base. We haven’t seen the mama much, but last night there was much scolding in the trees, and I thought she was involved in that. When Jacob was little, he was fascinated by cardinals calling them “the red birds.” The name has stuck. There are many legends about what the sighting of a cardinal means, but somewhere I read that when you see one, someone from the afterlife is visiting you. So now, when Jordan sees the male, she says, “Grandfather is here again.” Nice thought, and I also think the red bird is Dickinson's thing with feathers.


It’s been a dull day—I guess the Sahara sand is hiding the sun, but it’s looked like rain all day but no such luck. I woke up with a feeling of apprehension this morning that I couldn’t tie to anything—until I decided it probably was atmosphere-related. I haven’t yet stepped outside, though I will shortly for happy hour on the patio, but I have had the French doors open all day so Sophie can come and go. She likes to lie just inside the door, when she can bolt if a squirrel be so bold as to tempt her.


Christian is fixing Mongolian beef tonight. It’s one of his signature dishes, and I look forward to it.
Posted by judyalter at 3:50 PM