Haircuts, tigers, and the Alamo 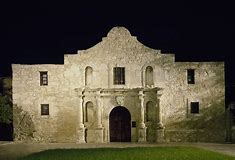 The difference a haircut makes is amazing. This morning, it was still chilly although sunny, and I was in a bit of a funk, reluctant to get started on a long day of work broken only by a two o’clock haircut and dinner with a friend. But then Rosa, the wonderful lady who keeps me from looking shaggy, called to say she could come by around nine instead of two. I managed to get my hair washed but she found me lazy otherwise—bed unmade, dishes in the sink. But that haircut turned my attitude around, and the whole day was better than I expected.


Sophie got a haircut a week or so ago. She had been having terrible allergies, and I could hear her wheeze and that wet breathing that scares you when you hear it in a child and worried me for my dog. She was also sleeping a lot. But after the haircut, she is a new dog—lively, allergy-free. I truly believe she was carrying around dust and pollen in that shaggy coat.


So in my next life I’m either going to be a hair stylist or a dog groomer. Such a good service they do for us.


Something appalling that I read this morning: there are only 3,000 tigers in the wild, while there are 5,000 in captivity. No, most of them are not in zoos and wildlife preserves. They are in people’s back yards. Estimate is that 2,000 are in Texas yards. Sorry, folks, but that’s an atrocity. Those magnificent creatures deserve to run free and should not live their lives in cages in back yards. Thank goodness, zoos are doing a better job these days of keeping animals in a so-called natural environment, but even that is less than ideal. The virtue of zoos is their breeding programs, which save many animals from extinction. I can’t begin to understand why someone would want a tiger in a cage in their backyard. Probably people who think life isn’t complete without an AR15.


Today is the 183rd anniversary of the fall of the Alamo, which means, among many other more significant things, my book about the Alamo should be out by this time next year. I’ve seen several posts about this anniversary, and they all show pictures of the chapel. But that is not where the battle was. It took place in a building, now restored, adjacent to the chapel, called the long barracks. In the public mind, though, Davy Crockett and Jim Bowie swung their rifles in hand-to-hand combat on the roof of the chapel. Truth is, the chapel was in such disrepair at the time of the siege that it had no roof. When the U.S. Army occupied the building as a storage depot, in 1847, they put in the roof and added the familiar rounded arch or hip at the center.


Today I read an article that demonstrated how popular that style is in commercial and residential properties in Fort Worth, many dating back a century but probably few if any pre-dating the Alamo roof. So the assumption is that loyal Texans copied that feature, probably as a tribute or way or honoring the history. If you’re in Fort Worth, take a look, for instance at the Livestock Exchange. I suppose the same imitative style can be found in other Texas cities.


Take a minute too to think of the men who died defending the Alamo. As I’ve found out in my recent research, it’s not the simple heroic story most assume it is, and its ramifications are felt, good and bad, in Texas to this day. History lives on.
Posted by judyalter at 11:24 AM